One of the main reasons why parents choose to buy their kids a Nerf gun over some other toy guns for kids, is the fact that Nerf guns look nothing like real life guns and thus they don’t make kids desensitized to violence. When it comes to video games though, it seems that most of them are all about violence and realistic guns.

This is because video games are made with adults in mind, nowadays, and violence or realistic guns are not a problem for adults. In fact, one of the main reasons why some sci-fi shooters flop, is that adult gamers claim that the guns in the game look like Nerf gun models and not like actual guns.

If your children love shoot’em up video games, but you don’t want them to play violent ones that feature accurate models and depictions of actual guns and weapons, then the Nerf gun video games are definitely the right choice for you! What makes those games so special? Let’s find out!

There are two leading Nerf gun video games on the market right now: Nerf N-Strike and its sequel Nerf N-Strike Elite for the Nintendo Wii. Both those games are rail shooters. This means that they are games like Virtua Cop or House Of The Dead, in which the player’s character is moving on a set path and the player only has to aim and shoot. What makes those games really unique and great for kids however, is the fact that the characters in the game only use Nerf guns and Nerf projectiles. The game’s “arsenal” consists of accurate depictions of real Nerf gun models, as well as some that have been created exclusively for these games.

Unlike most video games that feature commandos and battle hardened veterans as their stars, the Nerf gun video games are about some kids who just happen to be Elite Nerfers. Their skills and Nerf guns are all that stands between an invasion by evil robots. All of the enemies in the game are robots, so you don’t have to worry about your kids witnessing and blood and gore on the screen while playing! 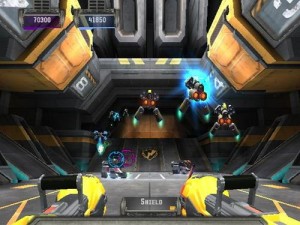 This is what makes those games really cool. Each one comes with a Nerf gun included in the package. Nerf N-Strike comes with the Switch Shot EX-3 gun, and Nerf N-Strike Elite comes with a Switch Shot EX-3 that is equipped with the special Red Reveal accessory that allows the player to see some hidden messages while playing the game. Those Nerf guns have special slots for the Wii’s motion controller, which essentially turns them into light guns. This means that your kids will be using those guns to aim and shoot their enemies on the screen. Furthermore, those guns can also be used as regular Nerf blasters. They even come with darts included in the package! In other words, you get two cool things, a cool video game and a Nerf gun, for the price of one. If you want to get more bang for your buck, you can get the Nerf N-Strike Double Blast bundle, which includes both video games and a Switch Shot EX-3 gun, equipped with the special Red Reveal accessory.

If you want a really cool Nerf gun for your kids that will provide them with many hours of fun, then you should definitely get the Nerf Stampede. It is a fully automatic Nerf machine gun, that will make your kids feel like little versions of Rambo! Like all Nerf guns, it is perfectly safe for children to play with and shoot. 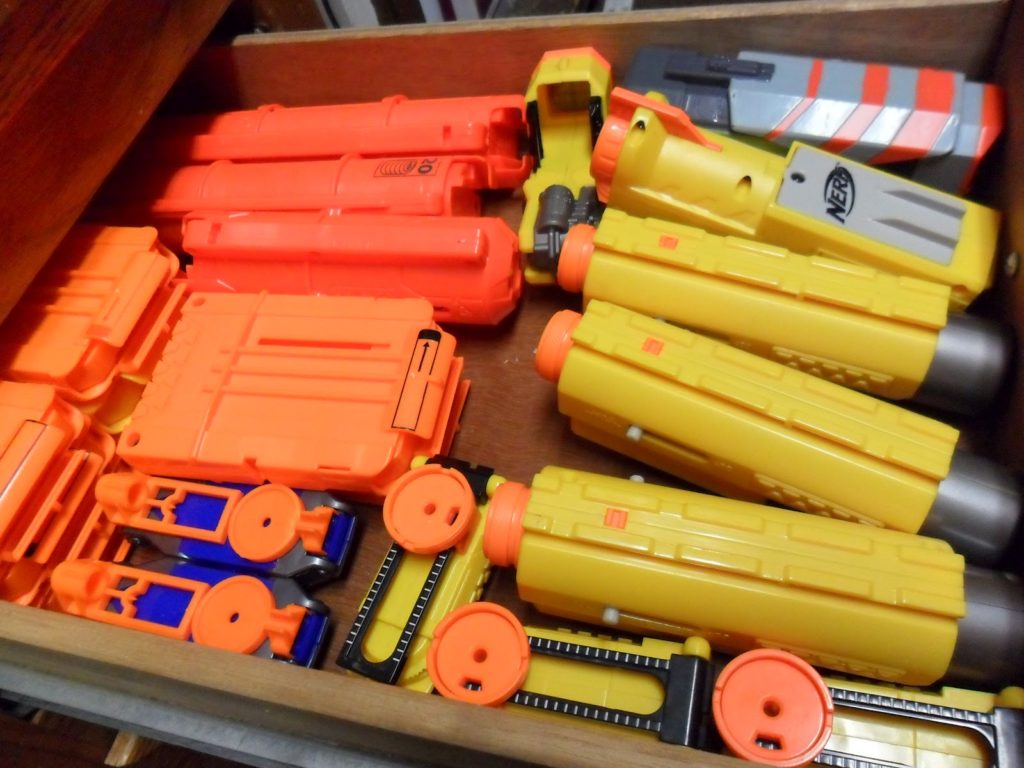 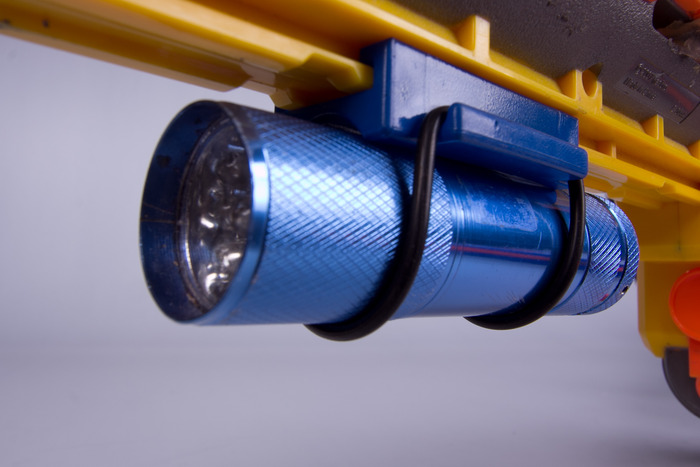 This site uses Akismet to reduce spam. Learn how your comment data is processed.

What are those new disc firing Nerf guns?

How does a Nerf gun work?

How to choose the right Nerf gun for your kids?

Check out those fun games for Nerf guns enthusiasts