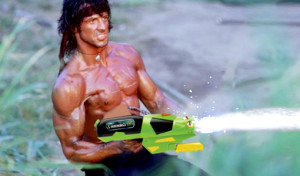 When it comes to toy guns for kids, the Nerf guns are by far the most popular and they are generally considered to be the best in the world. Super soakers on the other hand, are the best and most beloved water guns.

What both those products have in common, is the fact that they are really high tech, especially when compared to their competitors.

Recently, toy giant Hasbro acquired the Super Soaker name and gave it over to the good people responsible for making the Nerf guns. As you can probably imagine, this was a marriage made in heaven!

The new Nerf Super Soakers combine all the things that make Nerf guns so unique, from their design to their amazing performance, with the sophisticated pumping and shooting system of the Super Soakers. Needless to say, Nerf super Soakers are by far the best Water guns for kids ever made.

As you can probably tell, there are a lot of models available on the market, so choosing the right one might seem a bit of a chore, especially for those who don’t know much about Nerf guns. In our Nerf Water guns section we will review the best Nerf Super Soakers and let you know everything there is to know about each one. Here are some of the subjects we will touch upon: 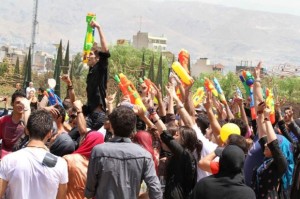 What made Super Soakers so popular, was the fact that they allowed their users to get other people soaking wet, without getting anywhere near them.

Range mattes when it comes to water guns, because ideally, you will want to get as much water on someone as possible, before he or she is able to “retaliate” and the best way to do that, is from a distance.

The further you are from your target, the better. Nerf has drastically increased the range of Super Soakers, our reviews will let you know exactly how far each gun can shoot.

What makes NErf guns so unique, is the fact that they use clips and magazines when it comes to loading them with ammo. Well, the people at Nerf have applied the same philosophy to the design of the new Super Soakers!

They are the first water guns to use clips in order to allow users to always have them full of water. Our reviews will let you know which loading system each water gun uses and how it works.

Like all Nerf guns, Nerf Super Soakers come packed with cool features: from automatic firing and pumping systems to the ability to shoot darts or water, all Nerf water guns have something special to offer you! Our reviews will let you know exactly what kind of cool features each of those guns brings to the table!

Those are just some of the subjects that will be covered in section of Nerf water gun reviews. We sincerely hope that you enjoy your stay and that our reviews will help you pick the right gun for you and your team!